My oldest has been to several aquariums during her lifetime, but the triplets had never been to one. On our recent spring break trip to Nothern Kentucky, I was mapping out our schedule, and I realized that there was an aquarium not far from where we were staying. With an impending cold snap, I thought that an indoor adventure at the Newport Aquarium would be an awesome visit, and it did not disappoint!

The Newport Aquarium is located at Newport on the Levee. This is an attraction within itself. The riverwalk has lovely views, delicious restaurants, shopping, and a theater. I wouldn’t have minded spending more time on the riverwalk had the cold wind not been biting so much. Thankfully, there was plenty to see and do in the aquarium. 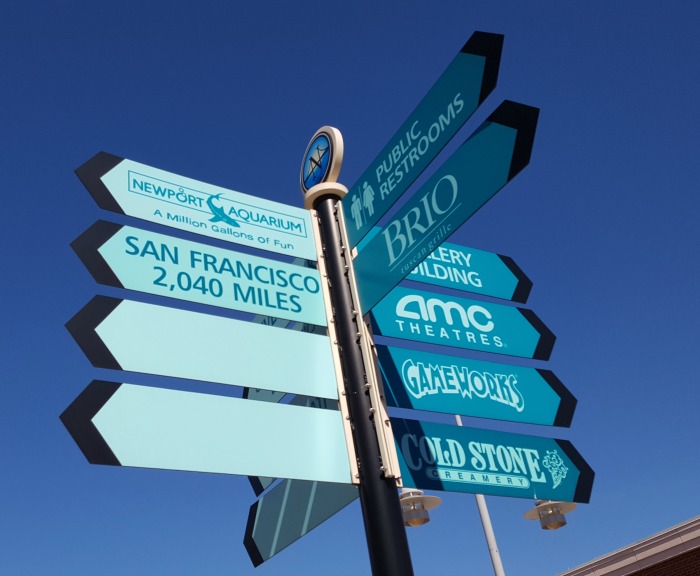 I was surprised to see that a majority of the aquarium was underground. With five acrylic tunnels, the kids were mesmerized by the large variety of fish and other creatures that could be viewed from all around. 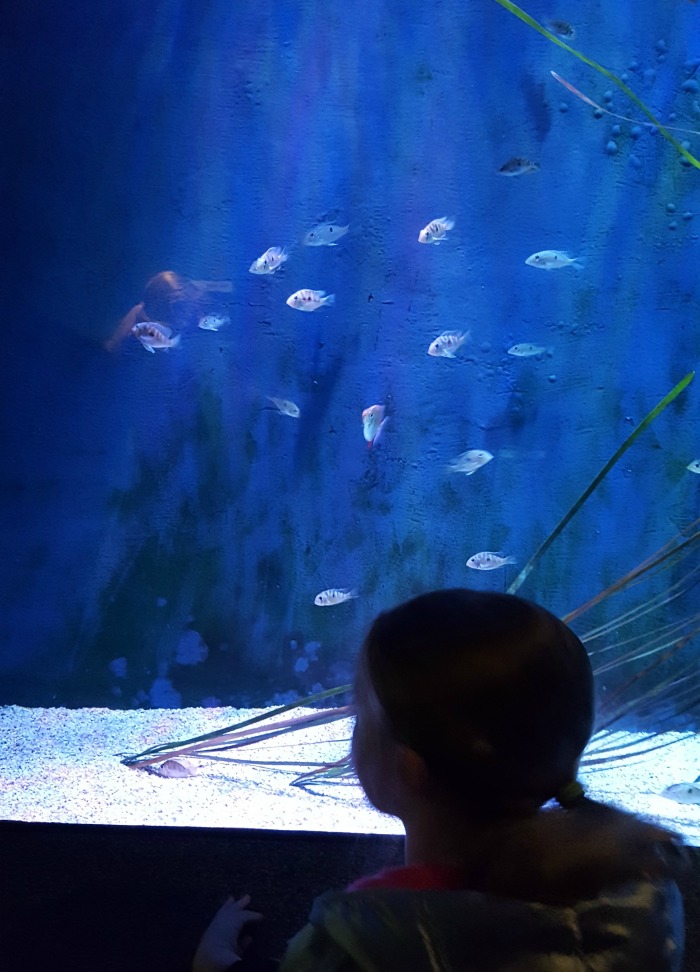 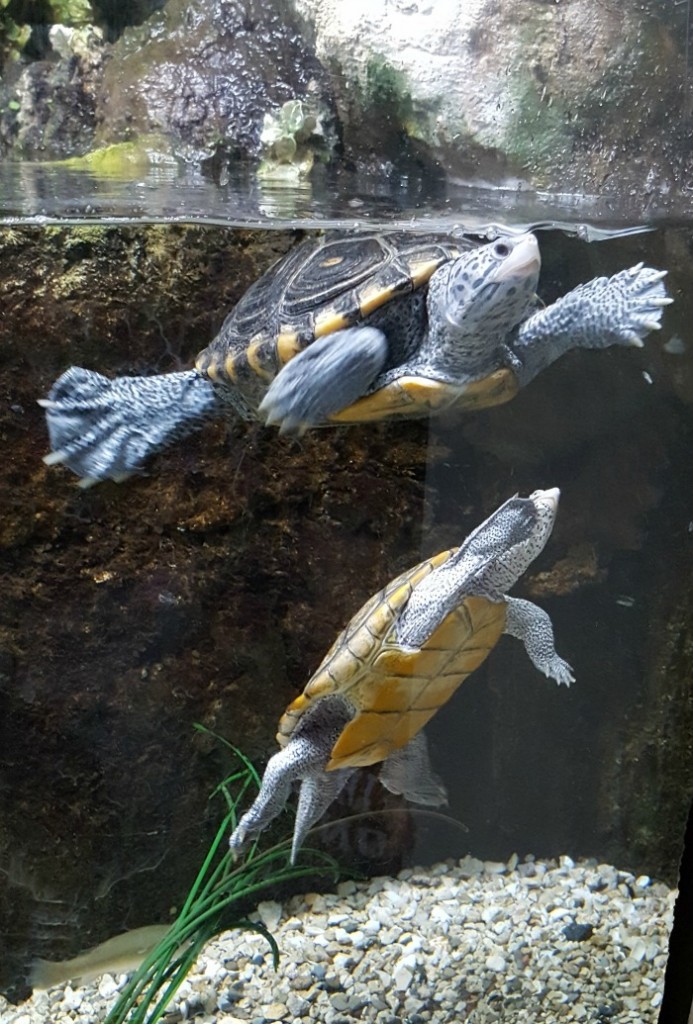 There were so many exhibits, but my daughter’s favorite was undoubtedly the penguin exhibit. Who can blame her? Penguins are definitely cute, and she liked being able to see them at a close range. 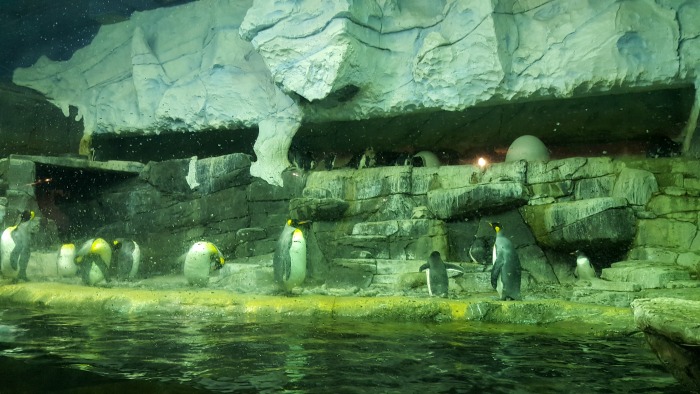 However, one activity stood out to all of us – adults AND kids alike. The Newport Aquarium is home to the world’s first Shark Bridge. This V-shaped bridge is made from rope and hangs over the aquarium’s shark tank. The bridge is 75 feet, and we could see the sharks swimming in the tank below as we walked across. I was surprised that all of my kids did the Shark Bridge, and it was a highlight that we came home to tell all of our friends!

Some of you may remember that one of my sons has a brachial plexus palsy nerve injury and right sided weakness. He gets nervous when he feels off-balance. He insisted on walking the Shark Bridge, and he made it all the way across by himself. I was so proud of him. No one else there knew what a feat it was for him except for us, and it made me happy to see that he was happy to have accomplished something for himself. 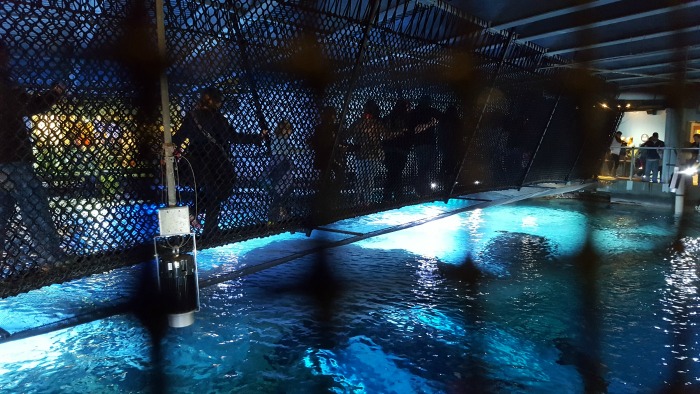 My boys enjoyed their first aquarium visit. One of my little guys in particular did not want to leave. He loved just standing against the glass, staring at the different fish. 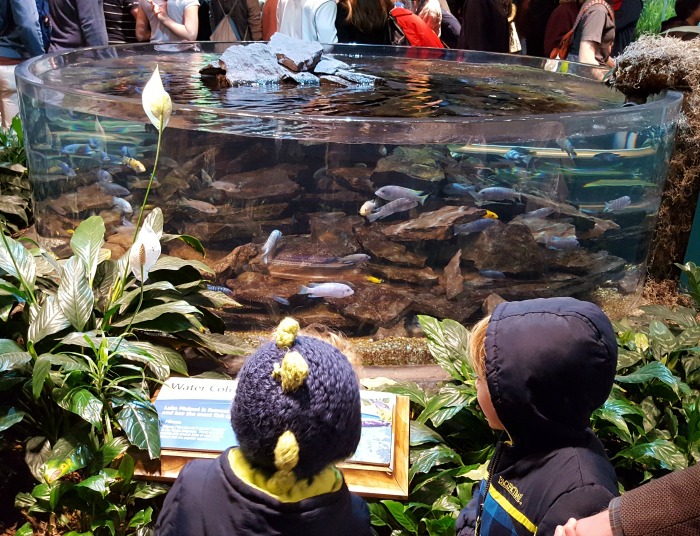 From a parental standpoint, the aquarium had plenty of places to stop and have bathroom breaks. There were also several hands-on activities for the kids. The aquarium was quite busy, but we were still able to see everything that we wanted. Parking for the aquarium was in a parking deck adjacent to the aquarium itself. 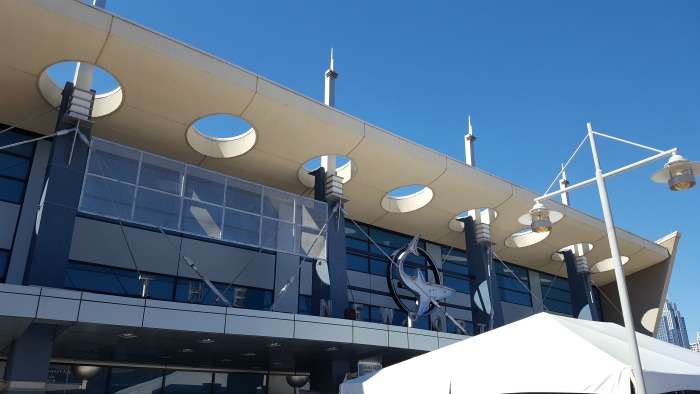 Have you visited the Newport Aquarium? Did you dare to walk across the Shark Bridge?

Do you enjoy crafting Christmas ornaments? We do at our house! Here's how to … END_OF_DOCUMENT_TOKEN_TO_BE_REPLACED

Have you noticed how popular a Christmas Simmer Pot is on social media? I'm not … END_OF_DOCUMENT_TOKEN_TO_BE_REPLACED

Jingle bells are fun for Christmas crafts! We like to use them for ornaments, … END_OF_DOCUMENT_TOKEN_TO_BE_REPLACED