The triplets have a birthday this week! I can’t believe that they are another year older. Over the past few years, we have transitioned away from traditional birthday parties for the kids into letting them choose an activity or nice dinner/gift. That’s not to say that we will never have a traditional birthday party (my daughter has mentioned possibly wanting one this year), but for the most part it is easier and cheaper to go another route. This year, the boys are all into Super Mario. Their “big gift” for Christmas last year was the Super NES Classic game console, and it was by far their favorite gift. With Super Mario and Mario Kart both on the game console, the boys are now Super Mario obsessed.

If you’ve noticed any of the Super Mario merchandise in the stores lately, then you know that my boys are not the only ones obsessed. In lieu of a traditional birthday party, the boys wanted to share their birthday with their classmates. Their school allows parents to bring in lunch (pre-packaged from a store or ordered from a restaurant). I let the boys compile the menu together. It was a good exercise in working as a team. 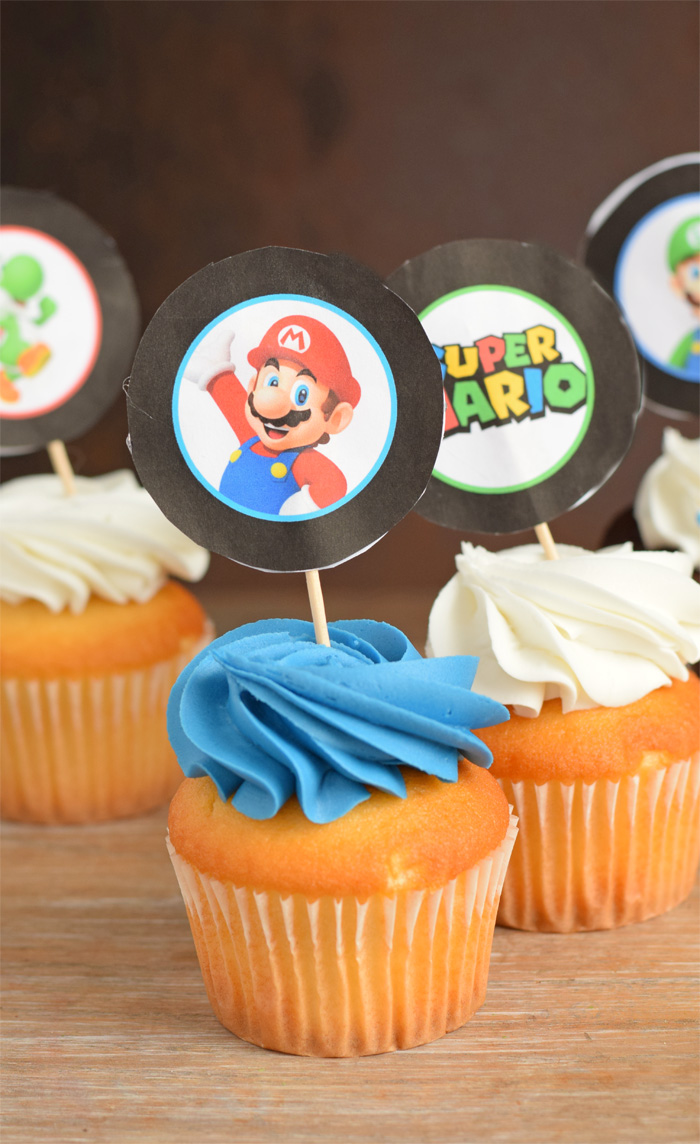 I found Super Mario tablecloths and plates at a recent Target run. For the cupcakes, I discovered these free printable Super Mario cupcake toppers over at Cupcake Diaries. It is a collection of 12 different cupcake toppers with all the favorite characters like Mario, Luigi, Princess Peach, and Yoshi. They are easy to download and print. I recommend printing them on white card stock, but all that I had on hand was regular printer paper. The cupcake toppers were a bit flimsy on printer paper, but I glued them double-sided and together to give them more structure. Find the printable toppers here. 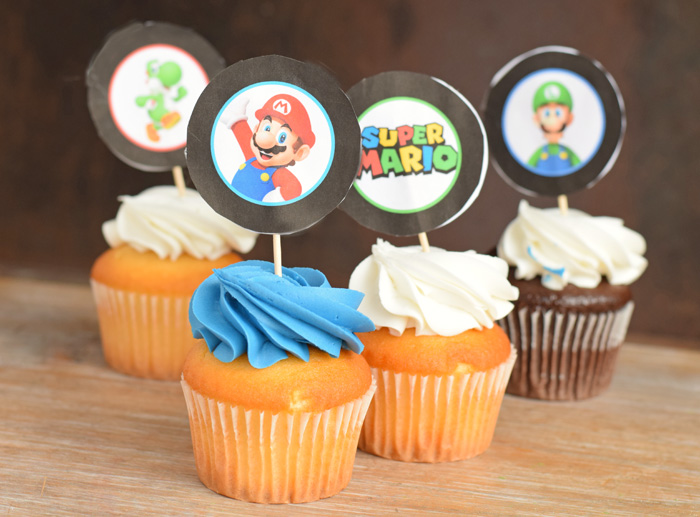 Now, the big question, will the other kids in their class know who the characters from Super Mario are?

Let's customize mom a Mother's Day mug! Whether your favorite mom is a people … END_OF_DOCUMENT_TOKEN_TO_BE_REPLACED