My daughter is a typical kid, but she has a big heart for her friends. As a first born child of a youth minister, her friends range in age from 2 to 17. She talks about her teenage friends as fondly as she talks about kids her own age. So when she found out that one of her older “friends” was planning to go on a mission trip to Africa, my daughter wanted to make her a special bracelet. Lucky for us, we had just received a box of goodies from CraftProjectIdeas.com that included lots of fun beads. During one of our several snow days, we sat down and made this special Mission Trip Bracelet for her friend. I let her chose the beads that she wanted to add to the bracelet, and each of the special ones that she chose meant something to her, as I’ll explain later in the post. 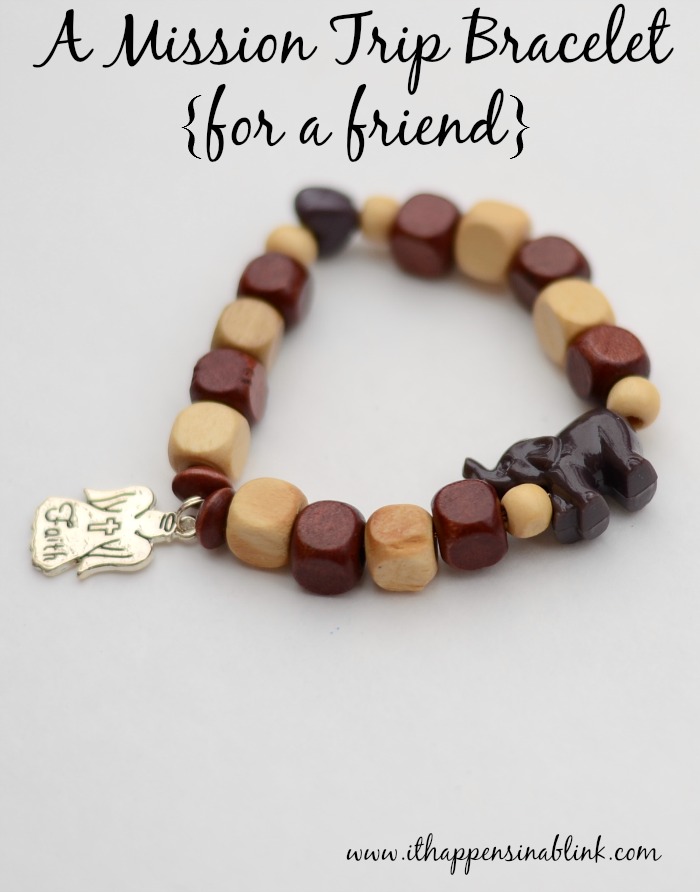 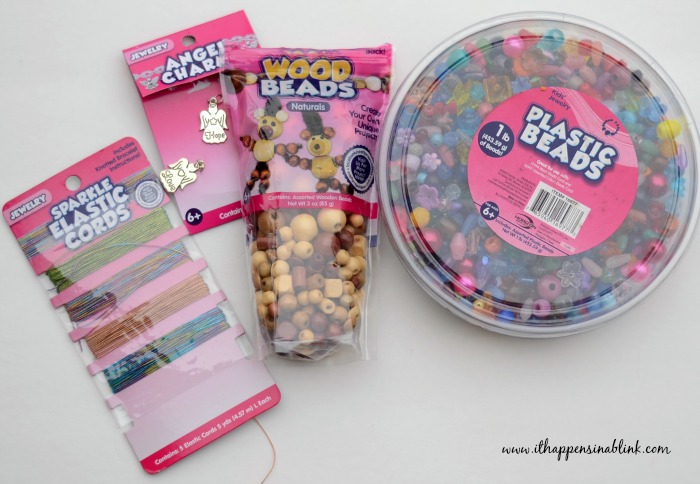 Tape the elastic cord to a surface and begin stringing the beads on in the desired order. We used a variety of square wooden beads. My daughter also chose three other “special” beads.  She chose an elephant because her friend was going to Africa, a angel because she was praying for her friend, and a heart because she loves her friend. 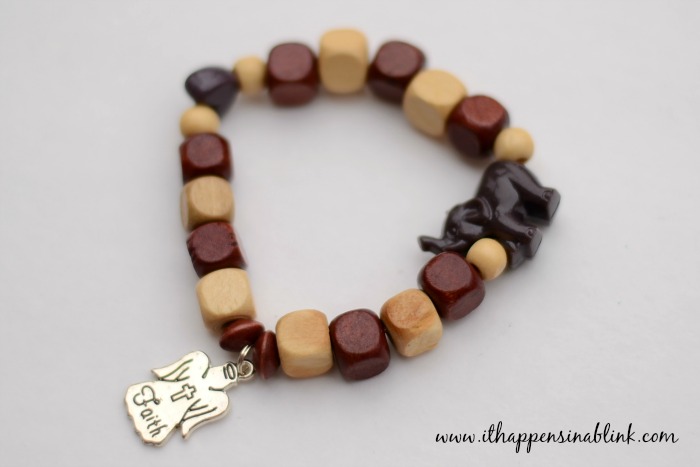 Finished! I was so proud of my daughter as she presented her friend with her bracelet and told her why she had made it for her.

Let's customize mom a Mother's Day mug! Whether your favorite mom is a people … END_OF_DOCUMENT_TOKEN_TO_BE_REPLACED