This is something I’ve wanted (and needed!) to do for a while. I had several stacks of infant towels that the boys have now outgrown. I passed some of them on, but others I kept just for this project. My boys are at the point where they need to be wearing bibs, but most of the bibs at the store aren’t thick enough or secure enough. I have messy eaters who want to pull off their bibs, apparently. Towels are the perfect material for bibs because they are so absorbent. This project also gave me the perfect excuse to break out my new Sizzix machine for cute embellishing for these infant towels to toddler bibs. Thanks to Sizzix (aff link) for for the awesome Big Shot machine and die for today’s tutorial! 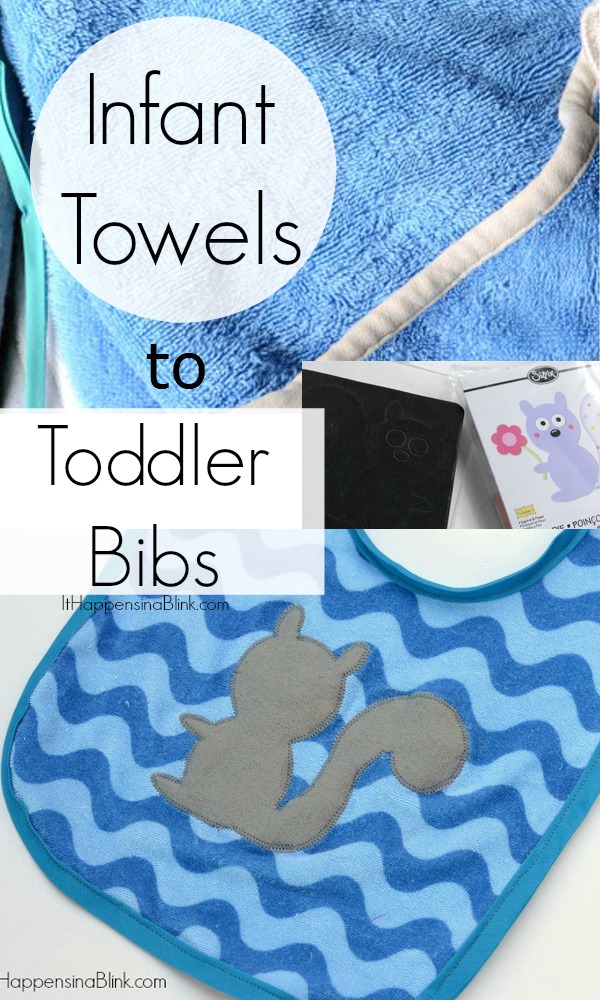 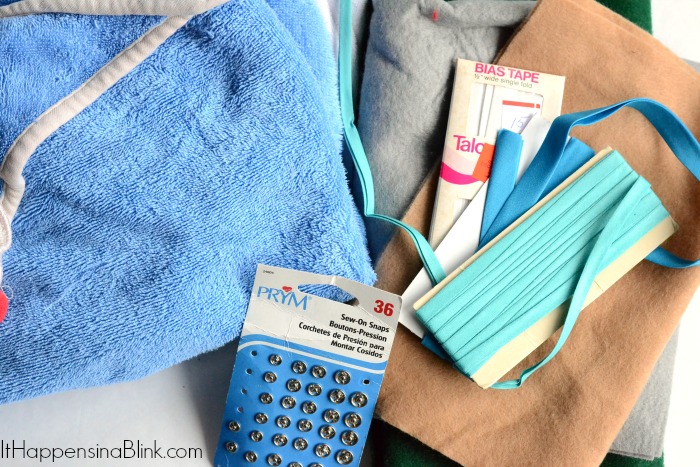 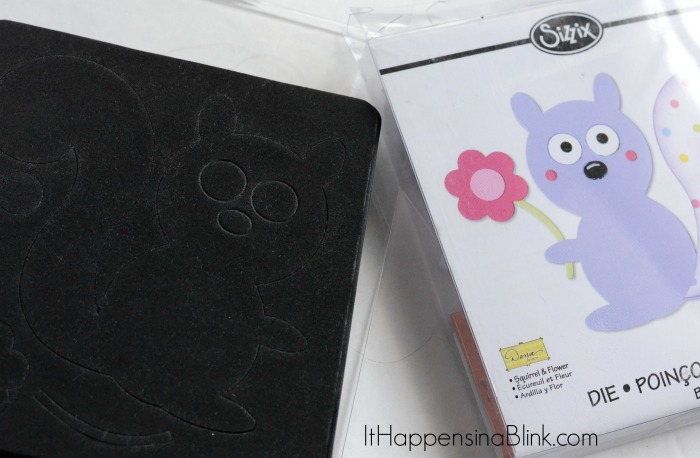 Being by tracing a bib that your own onto white paper to use as a pattern. Or use it as a starting point to create a bib that you like. Pin the paper pattern to one of the towels and cut it out. 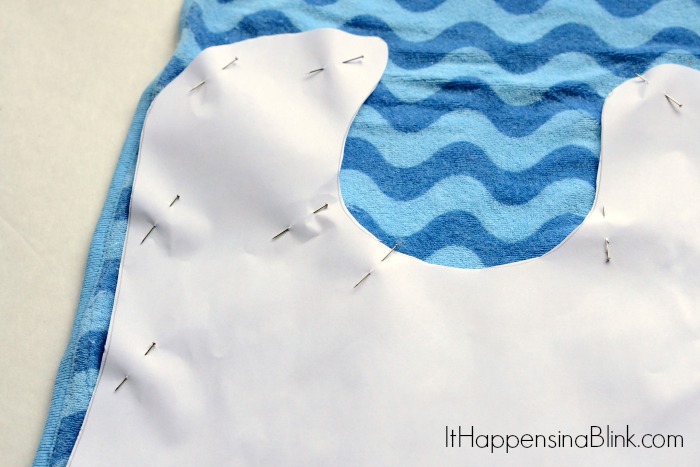 Set the towel bib piece aside and use Sizzix to cut out the squirrel with the felt rectangle.  I love that the Sizzix Big Shot can cut fabric and felt! That’s something my other die cutting machines can’t do. 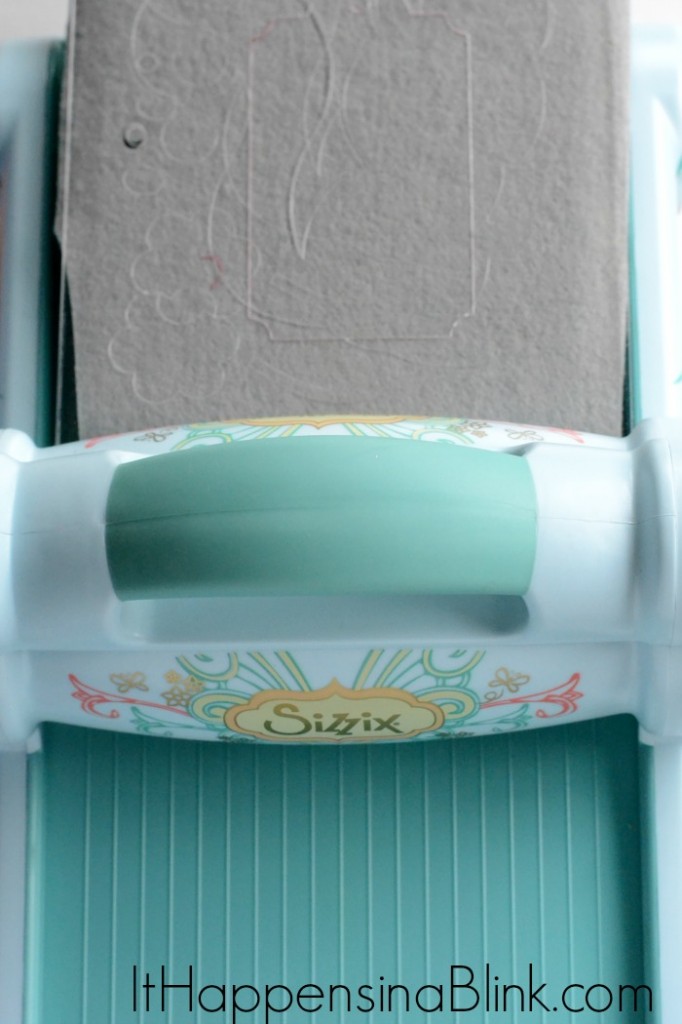 At this point, you can optionally follow the directions on the double faced fusible interfacing to secure the squirrel to the bib. I didn’t have any available, so I went right to pinning. 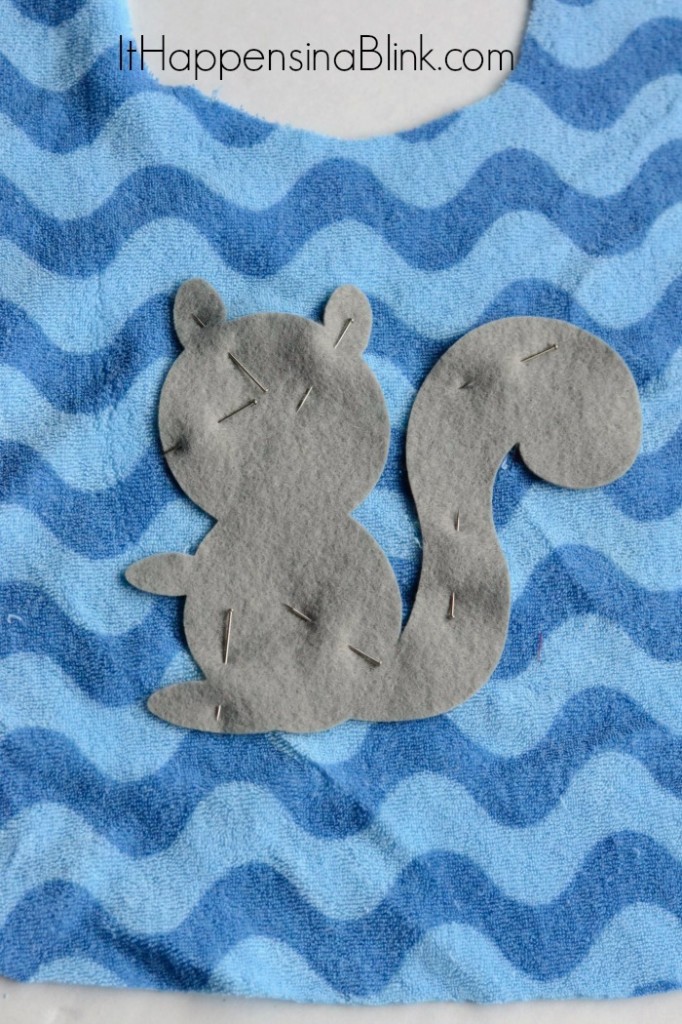 Use a zigzag stitch the sew the squirrel onto the middle of the bib. 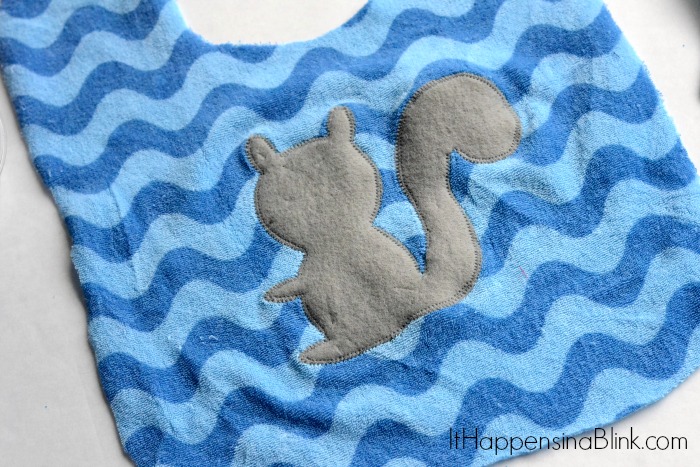 Now pull out the bias tape. Beginning at the top edge, pin the bias tape around the raw edge of the bib, sandwiching in the edge. Use lots of pins! 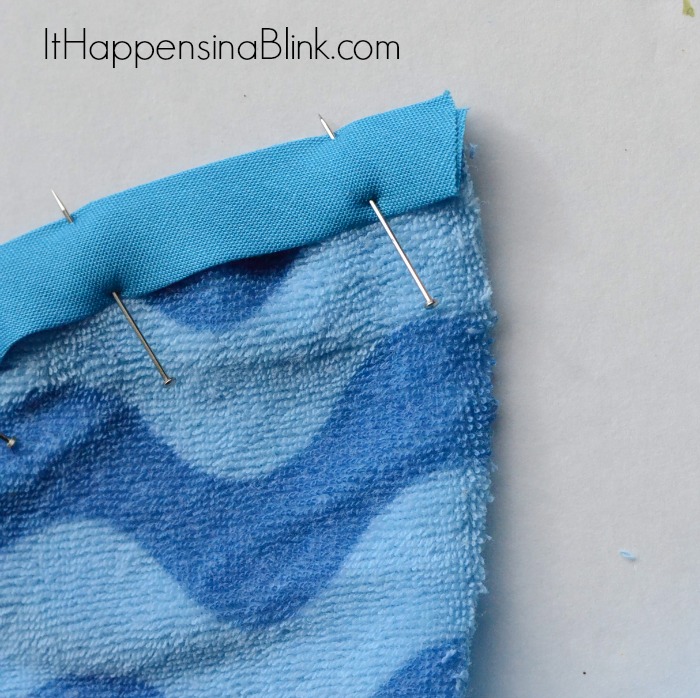 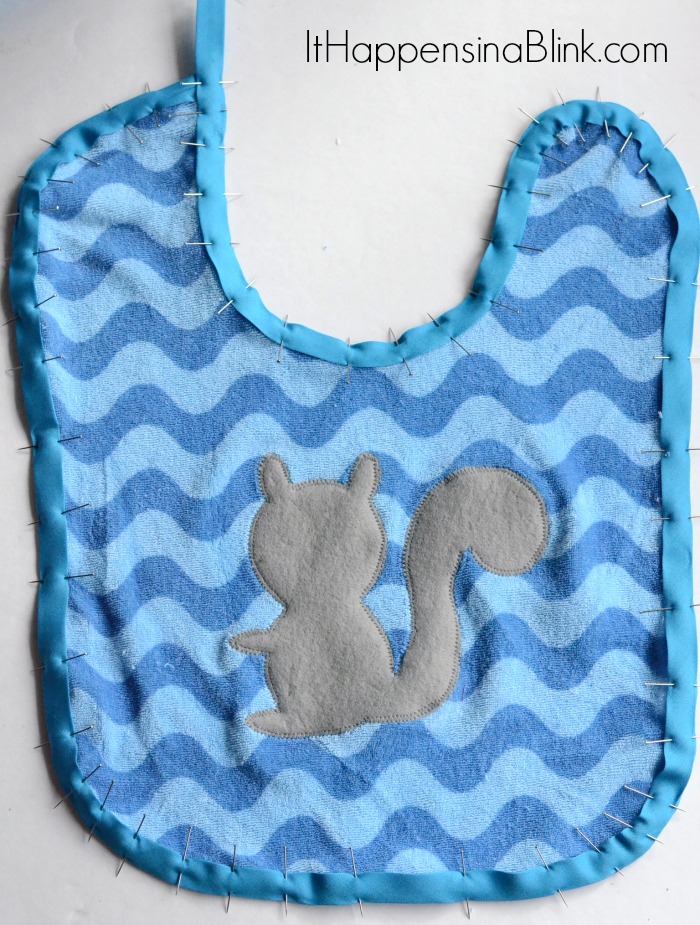 Pin the bias tape at the end like so. 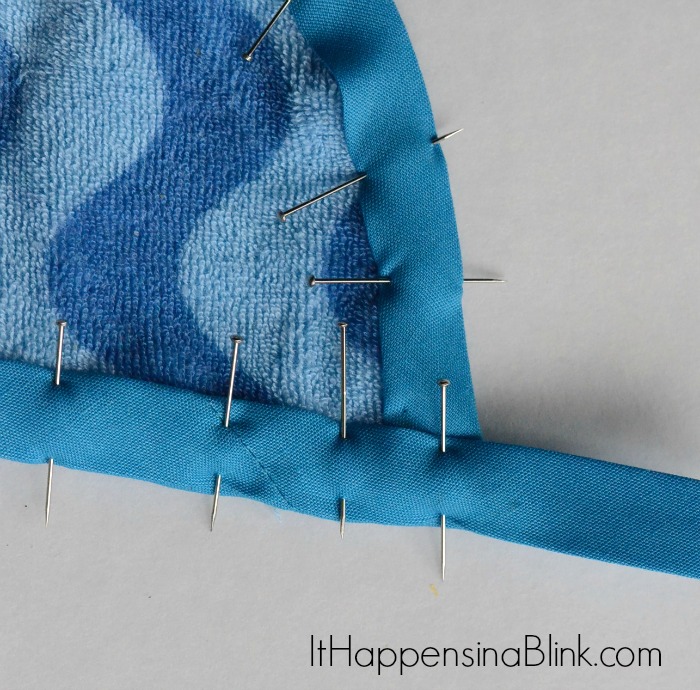 Sew the bias tape around the bib, being careful to not let the fabric and bias tape pucker. I wasn’t 100% successful at this as I rounded the upper corner, but it did not make a difference in the fit of the bib. I tell you this so that you know it’s still a workable item even if it isn’t perfect! 🙂 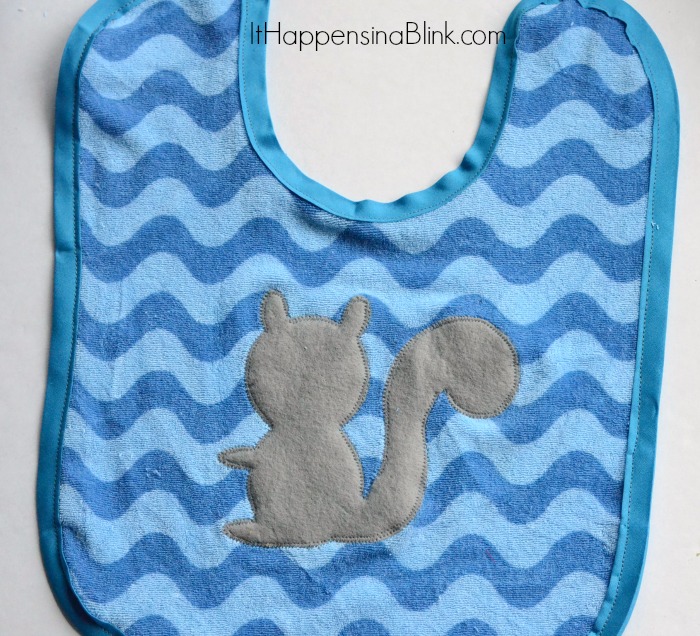 Secure the end of the bias tape with a stitch and then trim the excess tape. 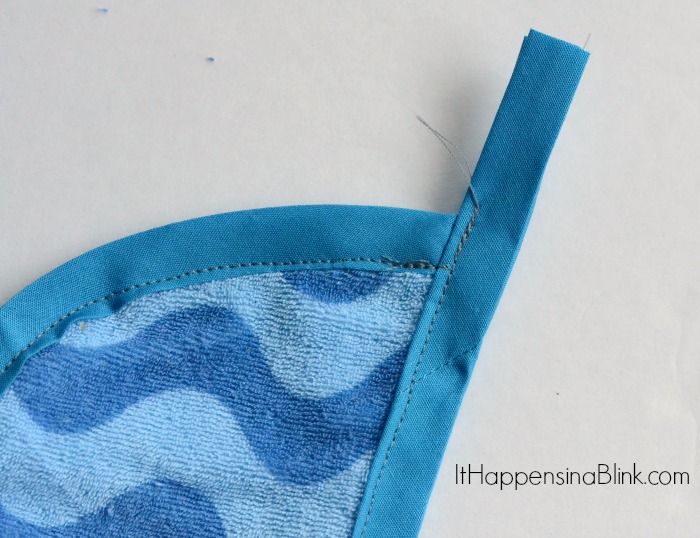 Attach sew-on snaps to the top rounded corners to finish the bib. 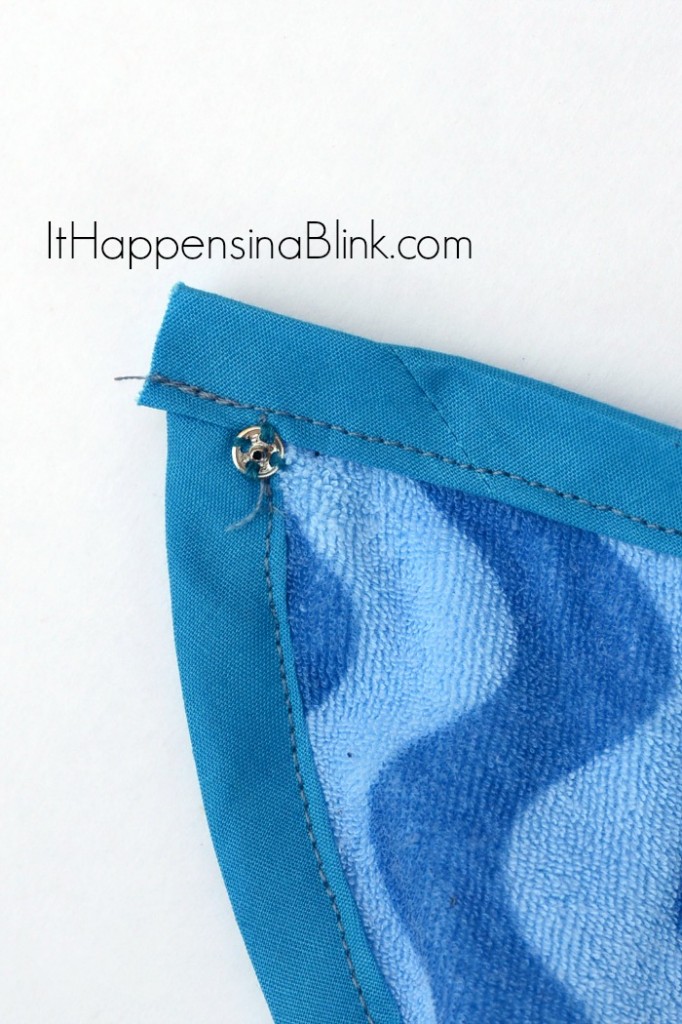 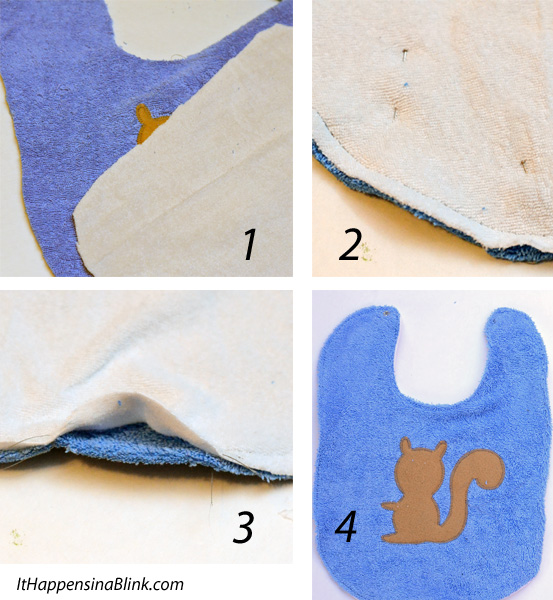 I’ve used these bibs so many times since making them. No leak through from spaghetti, and they are completely washable. Plus I’ve saved a little money and made something I will use every day. I didn’t have to buy any materials for these- I used all items from my craft stash. Anytime I find bias tapes at thrift stores (they are usually very cheap), I always pick them up for stuff like this. 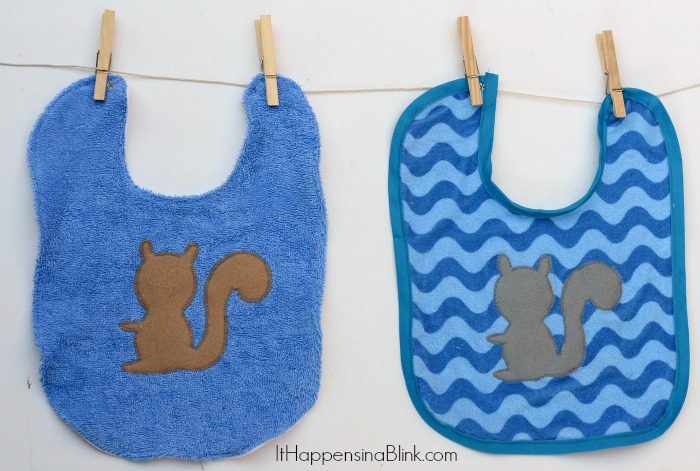 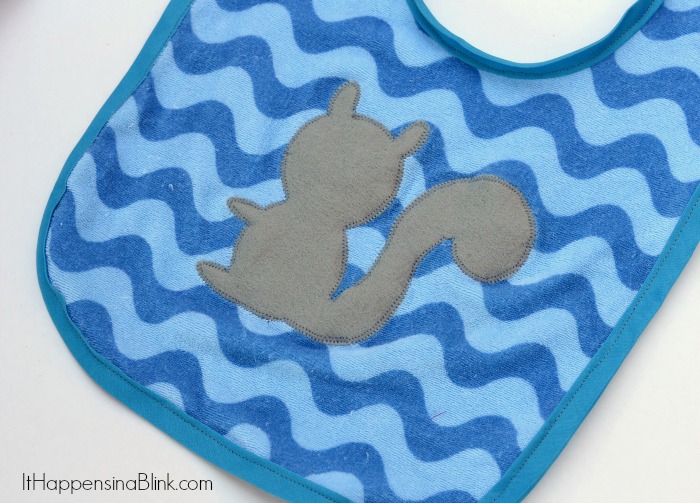 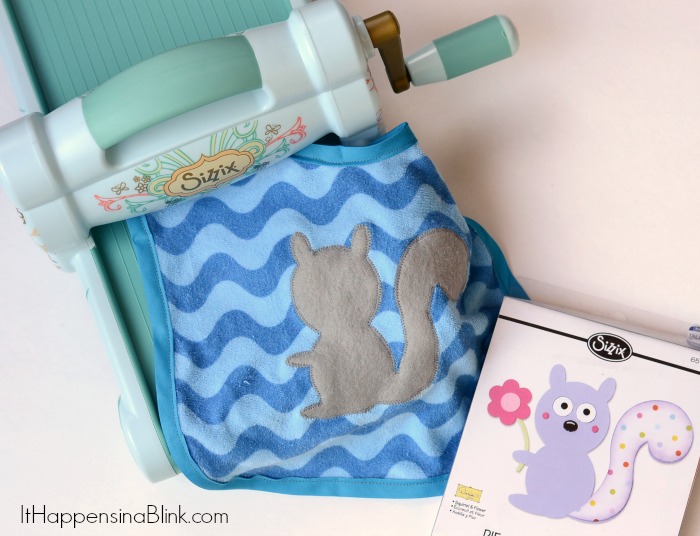 Let's customize mom a Mother's Day mug! Whether your favorite mom is a people … END_OF_DOCUMENT_TOKEN_TO_BE_REPLACED