Often the posts that I write are fun and crafty and are derived from a season or holiday or an activity that the kids and I are doing. Other times, like today, a post is born of sheer necessity. After what a three-year old boy would only describe as a disaster, I bring you How to Repair a Build a Bear. 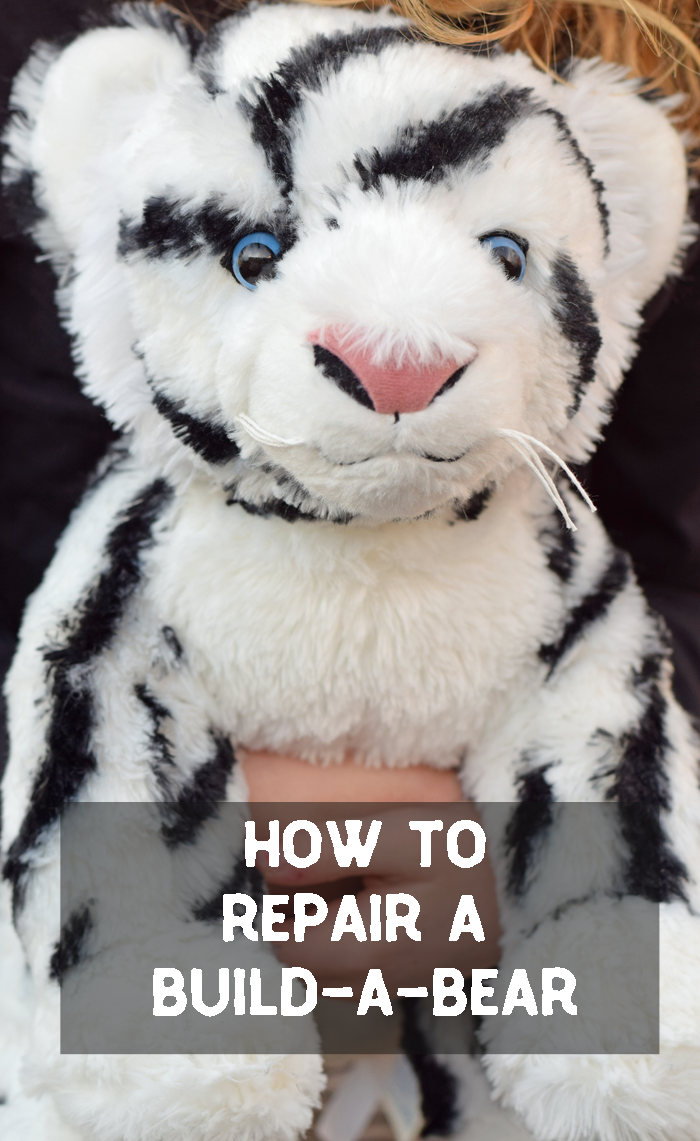 This specific repair is for the Build a Bear opening. When in the Build a Bear store, there are white strings that pull together to close the animal after stuffing. I have four kids, and about 7 Build a Bears between them all, and, for the first time ever, one of the animals closure opened back up after bringing the animal home.

My son had this tiger for about a month before it happened. To be honest, I’m not sure what caused it to open. He’s a rough and tumble boy who uses picking at things to put himself to sleep, so it is every bit possible that he found a weakness in the closure and picked it open. By the time that he presented the tiger to me for fixing, the white string from the original closure was only visible at one end of the opening. 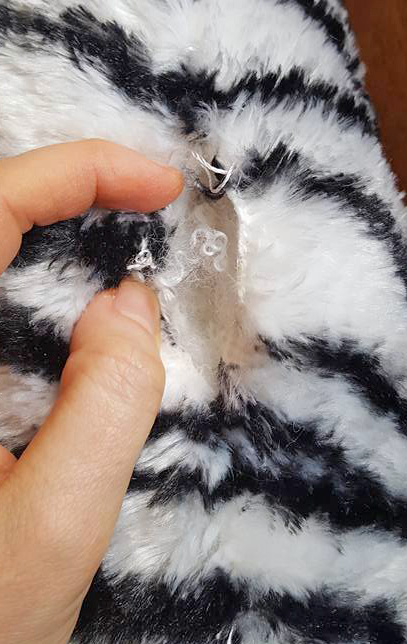 According to the Build a Bear website, customers may bring their bears back in for repair. The website mentions having the bear repaired at the Build a Bear Hospital. I’m not sure what this means exactly. Will the employees at the store fix the bear or will they send it off to a repair site? Either way, we live in a rural area (about 45 minutes from the closest store), and I had a three year old boy who would find it life altering if he had to go to sleep without his tiger. Thus the reason that I decided to attempt to repair it myself. 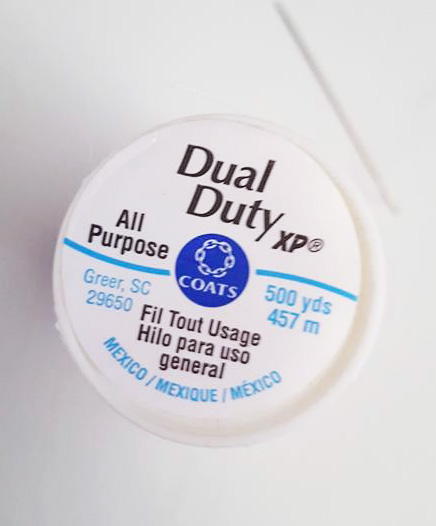 I lucked out that the tiger is white and furry. This helps in hiding my repair stitches. If you have a Build a Bear that is not as furry and is more flat, then you will have to be extremely careful to choose matching thread and to sew precise stitches.

Thread a hand sewing needle with matching thread. Knot the thread at the end. Insert the needle from the INSIDE of the opening on one end and bring it through to the top. The needle should exit the fabric right above where the opening begins. Bring the needle back and forth in approximately the same spot through the fabric to secure it. 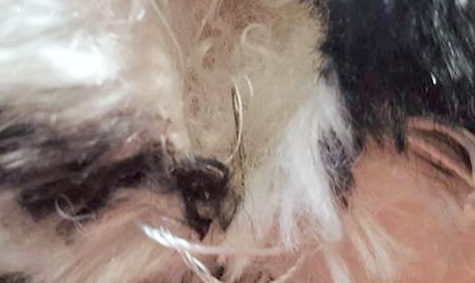 So, due to the fur on the tiger, the next steps were hard to photograph, but I basically whipstitched the opening closed. I thought about doing a video, but I don’t think it would have still been very good due to the fur. I found this video on Youtube that is excellent at demonstrating the whip stitch. 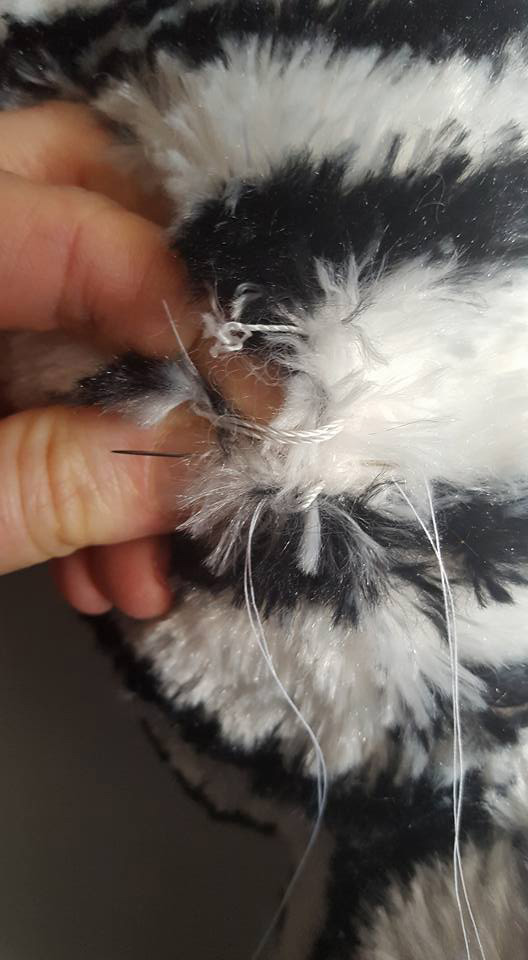 I whipstitched the opening closed. I then used the point of the needle to pull out any fur that may have gotten caught in the thread so that the tiger didn’t have any “bald spots.”

If you have a Build a Bear that does not have as much fur, then you may want to try an invisible slip stitch rather than a whip stitch. A slip stitch will also work if another seam opens up on the Build a Bear (such as a seam around a paw, ear, etc). This is a good video for demonstrating the slip stitch.

Let's customize mom a Mother's Day mug! Whether your favorite mom is a people … END_OF_DOCUMENT_TOKEN_TO_BE_REPLACED