My oldest has a birthday that is quickly approaching, and she’s been asking for LEGO blocks for months. She sees those cute commercials on TV for the Lego Friends blocks, but I really don’t think she’s ready for those. She has never been into blocks before– ever– which made me assume that she would struggle building with traditional LEGOs. I had pretty much told her several weeks ago that she could count on not receiving any LEGOs for her birthday, so you can imagine her surprise when I gave her an early birthday present of LEGO building blocks. Did I have a change of heart, you ask? Nope, I simply discovered the LEGO JUNIORS line! 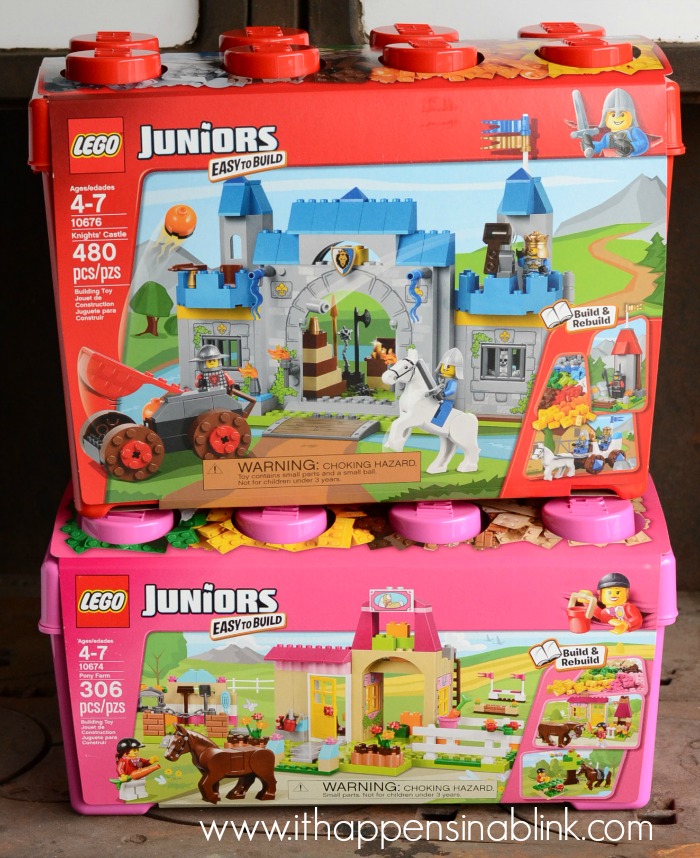 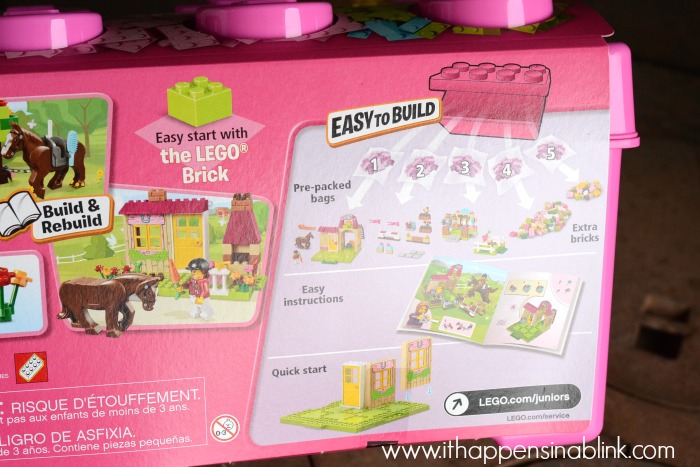 LEGO JUNIORS is targeted for children aged 4-7. They were a perfect introduction into the world of LEGOS for my daughter. When we opened the boxes, the blocks were neatly divided into appropriate bags. 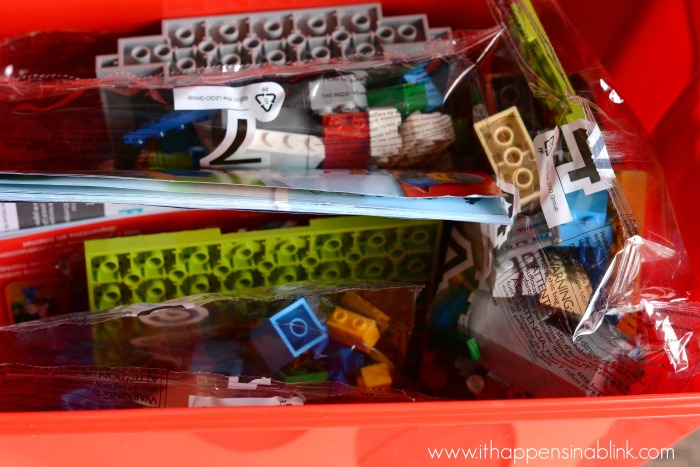 Each box of blocks comes with step-by-step instruction manuals and numbered bags. The bags coordinate with the booklets, allowing the child to follow along and build according to the booklet.I was surprised at how quickly my daughter was able to jump in and start building. I started her off with a brief explanation, and then she was a busy building bee for the next hour! 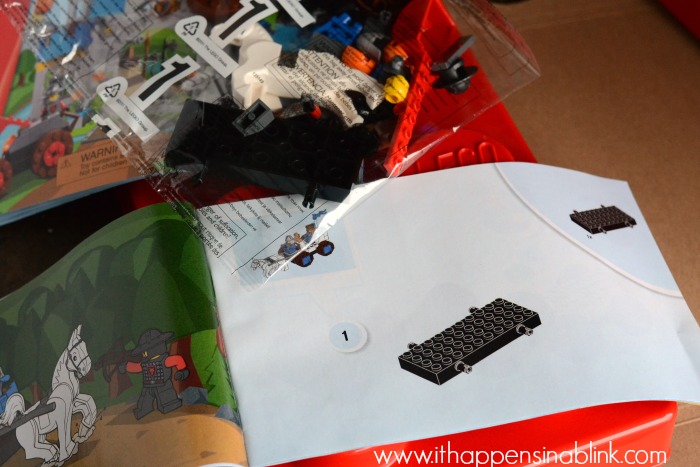 My daughter has a “Type A” personality, so she was determined to build the sets by the book. She left no stone unturned when it came to perfecting her creations. After building the complete Pony Farm, she did branch out and add a few personalized accessories- additional steps, etc. As she grew imaginative enough to add her own creative touch, I could see the confidence in her own building skills blooming right before my eyes. We had a few visitors over the next day or so, and she dragged them all into the playroom to show off what she had made. She enjoyed bringing the Pony Farm to life, and she has plans to build the castle so that the “princess horse rider” has a “knight” to protect her. 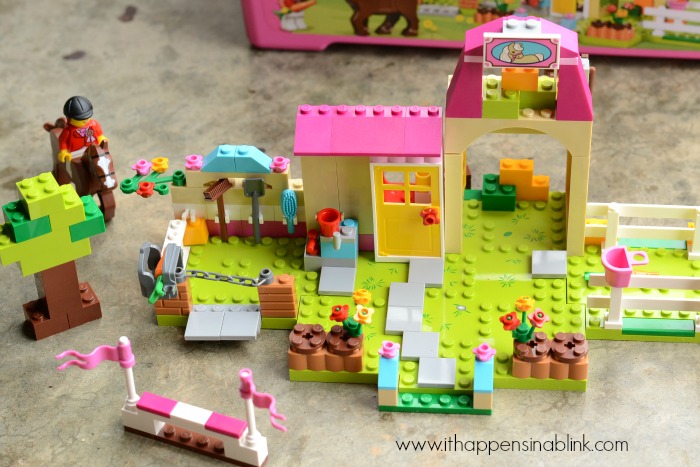 Sometimes our house gets loud and crazy when the boys are upset, and I’ve noticed her carting her LEGO JUNIORS out to the back deck or the garage so that she can “concentrate” on building. I am glad that she has a new appreciation for LEGOS and is finding another way to express her creativity. 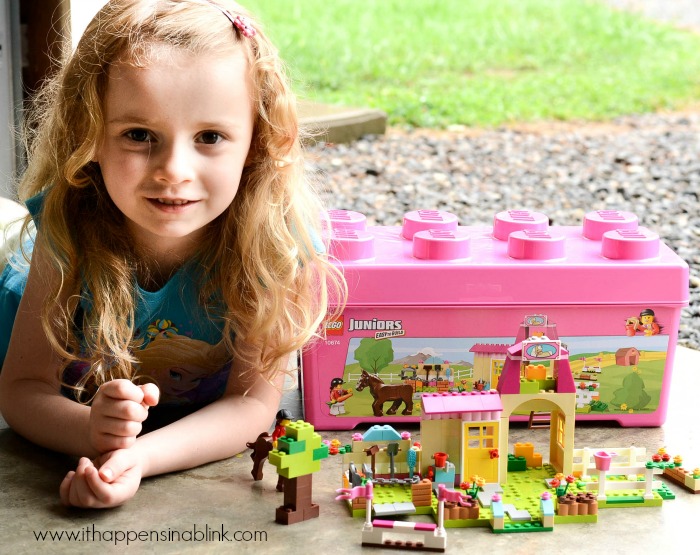 Do you know a little one who would like LEGO JUNIORS for an upcoming occasion or birthday?

I was selected for this opportunity as a member of Clever Girls Collective and the content and opinions expressed here are all my own.

How to Fill in Color and Arrange Shape Layers in Silhouette Studio
At Home in Mitford: A Jan Karon Mitford Series Giveaway

Do you enjoy crafting Christmas ornaments? We do at our house! Here's how to … END_OF_DOCUMENT_TOKEN_TO_BE_REPLACED

Have you noticed how popular a Christmas Simmer Pot is on social media? I'm not … END_OF_DOCUMENT_TOKEN_TO_BE_REPLACED

Jingle bells are fun for Christmas crafts! We like to use them for ornaments, … END_OF_DOCUMENT_TOKEN_TO_BE_REPLACED