The product, gift cards, survey results and information have been provided by Perrigo Nutritionals Store Brand Formula. Real Feeding Questions from Real Moms are my own.

According to a new, nationwide survey of pediatricians conducted by the conducted by SERMO (the largest online network exclusively for physicians), “feeding” questions are one of the top three categories of concerns for new moms. “Pooping” and “sleeping” were the other two, which usually are correlated to feeding.

I remember having a lot of questions about feeding as a new mom. Just to give you some history, I think that I faced all the common baby feeding issues. I have breastfed, bottle fed, and formula fed. I’ve had mastitis twice. Out of four kids, two were dairy intolerant and had to have a special formula for the first year. One even had blood in his stool because his tummy was so upset. All four of my kids had reflux. I also had the usual breastfeeding problems of latch, but I was fairly lucky when it came to production. I had one who hated the switch to table food. It had gotten to the point that the daycare workers had to tell my husband she wouldn’t be able to move up classes if she didn’t start eating table food. But she eventually caught on, after weeks of worrying on my part. I made baby food, bought baby food, and pureed table food. So I feel like I have a pretty good perspective on feeding questions- mainly because I’ve had them all, too!

This week I asked my Facebook fans what their common feeding concerns were or are. I received a range of answers, and I thought they would be good to run through today. These are Real Feeding Questions from Real Moms. I do want to confirm that I am not a pediatrician, but I have done research and can answer most of these from personal experience. As always, consult your physician or pediatrician before making any healthcare decisions. I also include a resource page after each question that you can check out for yourself. 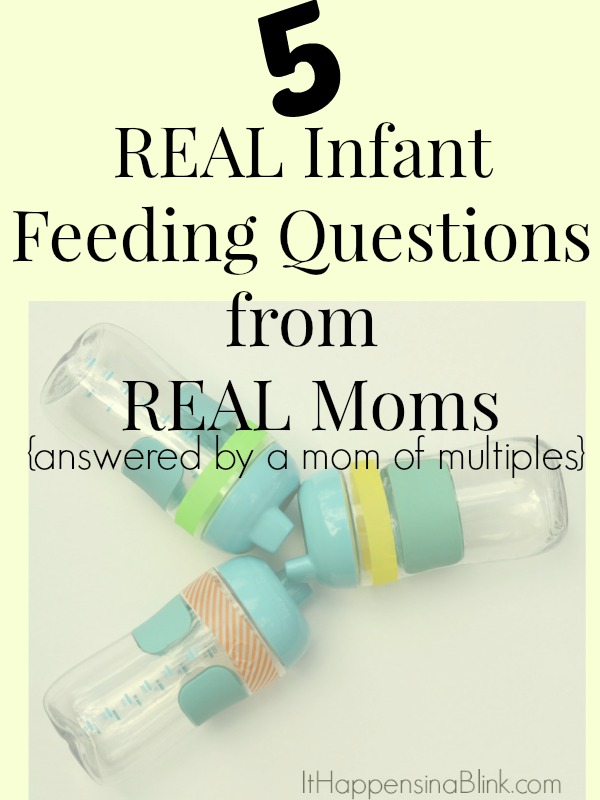 Another question that new moms typically have is about the type of formula. I’m an advocate of breastfeeding as long as you can, but I am realistic and also know that there are circumstances when formula has to be supplemented. For my boys, I was unable to keep up my production with all three, so we did use some formula. According to the survey mentioned above, 71 percent of pediatricians believe all infant formulas are basically the same; the brand doesn’t matter. 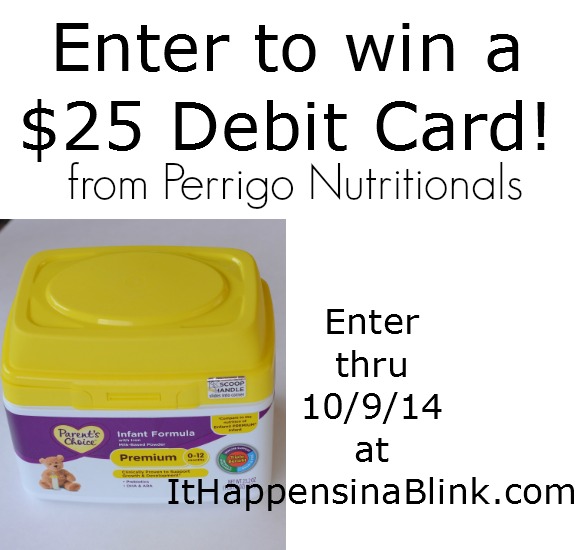 Today, Perrigo Nutritionals is giving away a $25 debit card to one lucky reader! Use the Rafflecopter form to enter to win. Giveaway is open to residents of the US and ends 10/9/14. Giveaway is not sponsored by or affiliated with any social media channels. Entries will be validated. Good luck!

Let's customize mom a Mother's Day mug! Whether your favorite mom is a people … END_OF_DOCUMENT_TOKEN_TO_BE_REPLACED