This shop has been compensated by Collective Bias, Inc. and its advertiser. All opinions and thoughts regarding Battling Diaper Odor {when not using a diaper pail} are mine alone. #WicklessWonders #CollectiveBias

This day and age, diaper pails are common items for parents to have on their baby registry. We used one with our oldest daughter. It was a handy little gadget that kept the diaper odor at bay. Then we had triplets, and I started changing between 20-30 diapers a day. The inserts for our diaper pail were not cheap, and even if they were, we would have been emptying the diaper pail every other day at a minimum. The diaper pail became more trouble than it was worth. I talked to other moms of multiples and discovered that many of them had made the same decision to forego the diaper pail. But every now and again I receive that curious question from other moms:

“How on earth do you do without a diaper pail? Doesn’t your house/trash constantly smell like diaper odor?”

I internally chuckle every time I’m asked this. What on earth did our parents do without a diaper pail? No, our trash doesn’t smell like diapers. We’ve developed a nice system to battling diaper odor while not using a diaper pail, and I’m happy to share it with you today! Maybe you’re a first time mom who is trying to decide if a diaper pail is right for you. Or maybe you have one and are considering getting rid of it but you aren’t sure what to do with the diapers if you do. Here are four tips that work for our family. Please keep in mind that we are a family of multiples, and this is the process that we have found that works well with having three in diapers at the same time. 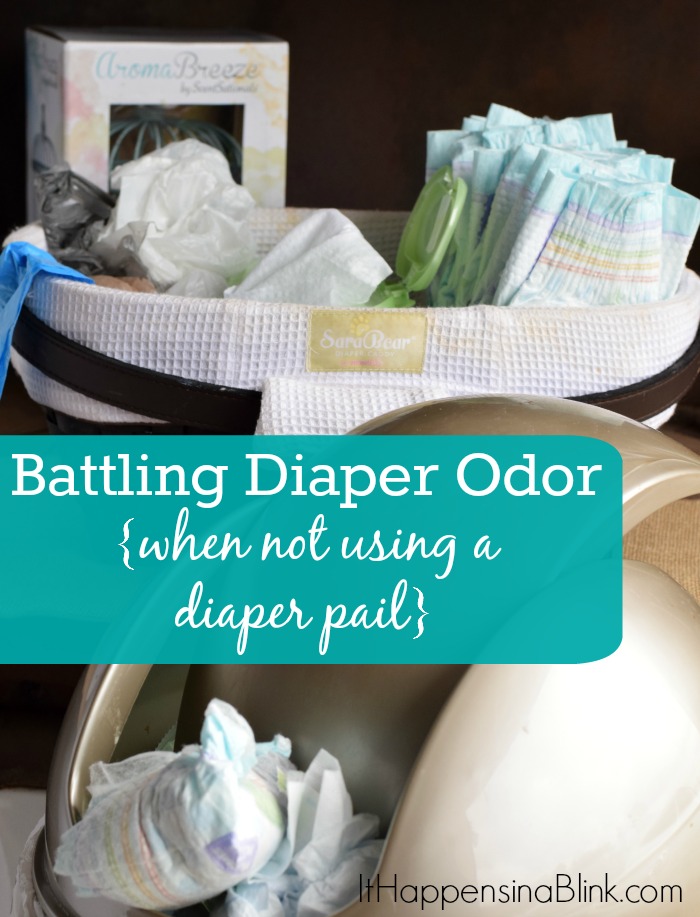 1. Have a dedicated diaper trash can 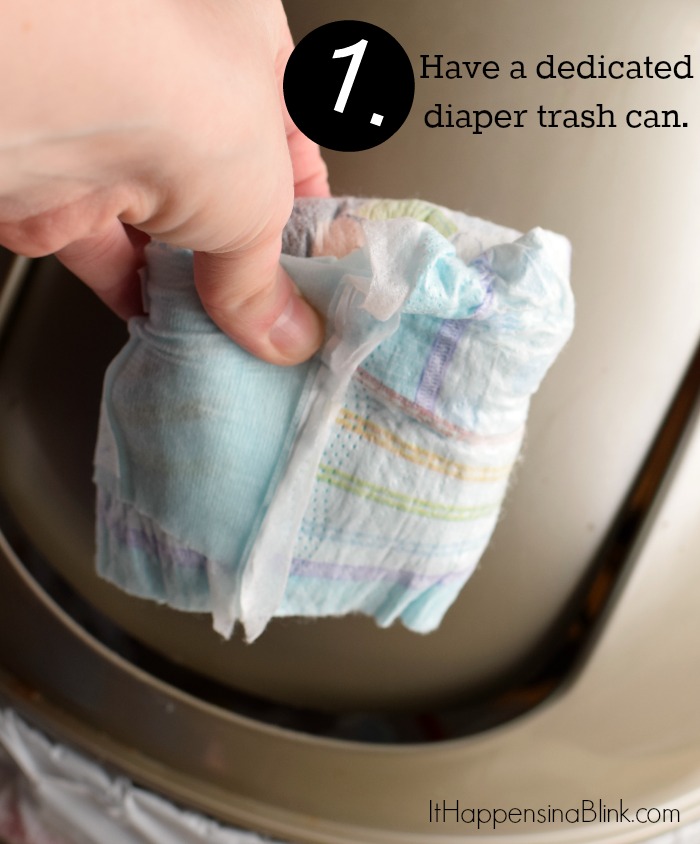 We have a medium sized trash can with a lid that we use for primarily diapers only. I will occasionally throw other baby related garbage in there, but for the most part it’s only diapers and wipes. The trash can has a swinging lid, and it does well at not letting any odor escape. We change the trash can at least every other day. If you’re selecting a size of trash can to use for diapers, I suggest choosing a small to medium size, depending on how many diapers you are changing a day. 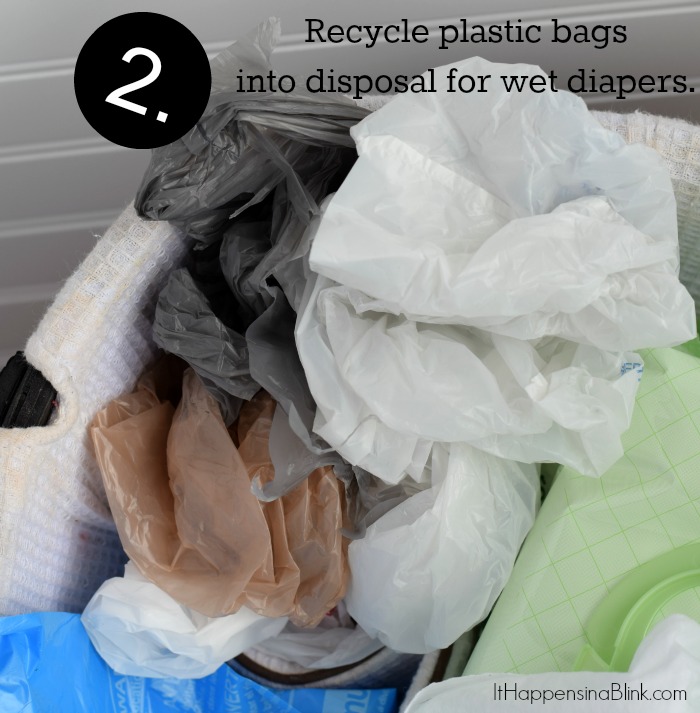 3. Use scented bags to dispose of dirty diapers. 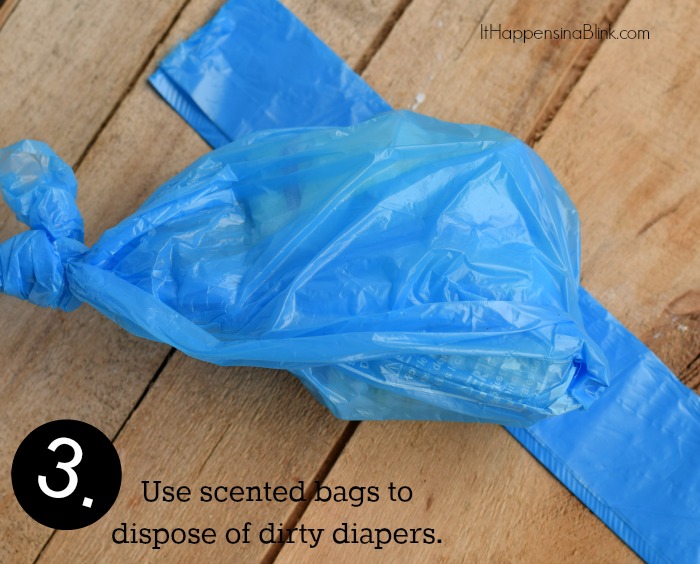 Discount dollar stores sell these scented bags in quantities of 50-100 (depending on where you purchase them) for a buck! Keep them handy for dirty diaper changes before tossing the diaper in the trash can. We do have a diaper changing basket that conveniently houses our diapers, wipes, diaper cream, and bags. I keep this nearby for all diaper changes.

4. Invest in a home fragrance system. 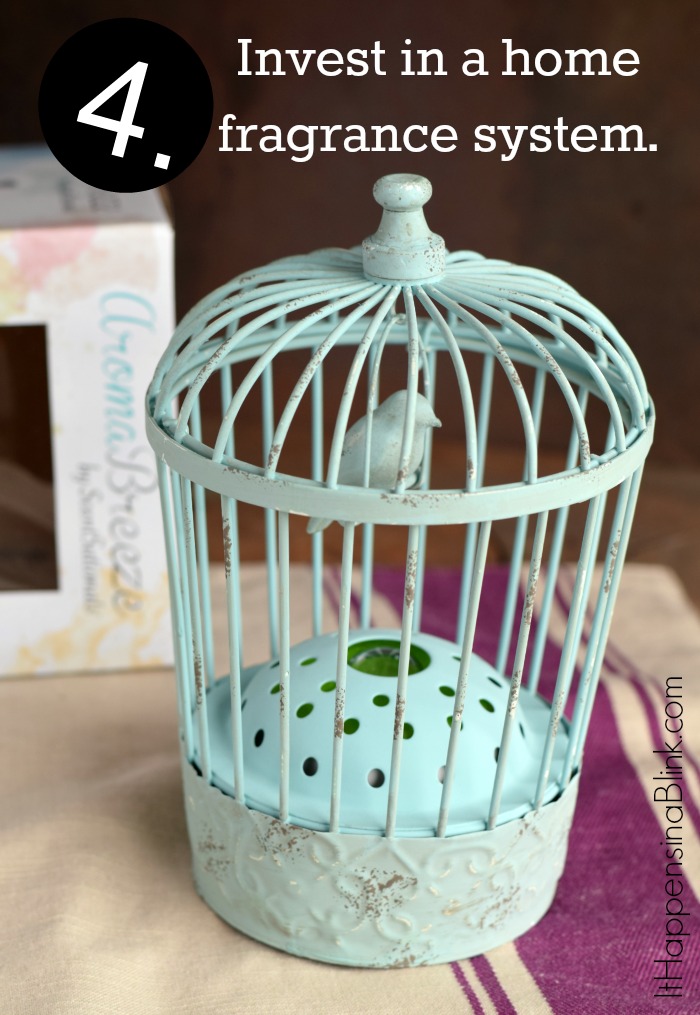 I used to be a candle junkie. When I had kids, that changed. I didn’t want any type of open flame around that could be a hazard with the kids. Even kept out of reach, I’ve learned that kids are good climbers and can get into pretty much anything! Other scent systems, like the ones with the liquid that plug into electrical outlets or the ones that use wax, pose different hazards of their own when kids are around. But a fragrance system is helpful in any home where diapers are being changed. Even though my diaper trash can odor is under control, sometimes an odor can linger simply from where I changed a diaper. So we utilize a home fragrance system a few times a day.

One awesome resource that I’ve recently discovered is the AromaBreeze home fragrance system. It is unique because it uses absolutely no flame or wax. Fragrance inserts provide the scent, and the unit is powered by a fan. Of course, I still keep it out of reach of the kids, but it’s a great home fragrance system for those who have children and pets. There are lots of designs from which to chose, and it can be plugged into a wall or operated by battery power (think on-the-go mobile!). This video from AromaBreeze showcases a few of the other styles. You can also see them at ScentSationals.com. It only takes minutes to set-up the unit while following the instructions very carefully. I’ve put together a short video demonstration of how easy it is to install!

Another thing that I like about the AromaBreeze home fragrance system is the variety of available scents. The scents can be changed out whenever you want a new variety. 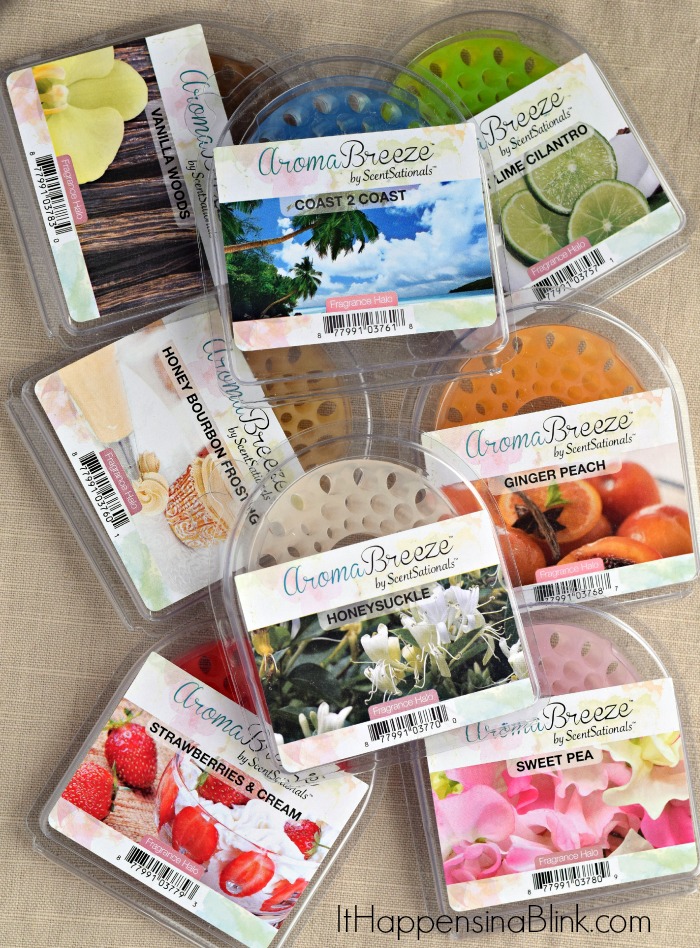 The AromaBreeze Home Fragrance System is available at select Walmarts or Walmart.com. They are located on the same aisle as the candles and other home fragrances. 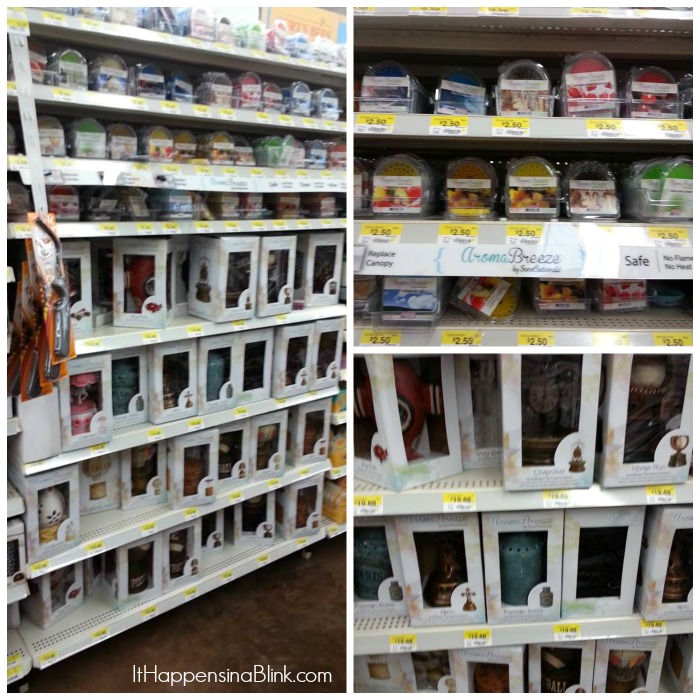 So what about your home? If you have little ones in diapers, do you use a diaper pail?

Do you enjoy crafting Christmas ornaments? We do at our house! Here's how to … END_OF_DOCUMENT_TOKEN_TO_BE_REPLACED

Have you noticed how popular a Christmas Simmer Pot is on social media? I'm not … END_OF_DOCUMENT_TOKEN_TO_BE_REPLACED

Jingle bells are fun for Christmas crafts! We like to use them for ornaments, … END_OF_DOCUMENT_TOKEN_TO_BE_REPLACED